What is the best time to visit Tromsø?
We have tried to sum up the seasons for you, our friend. 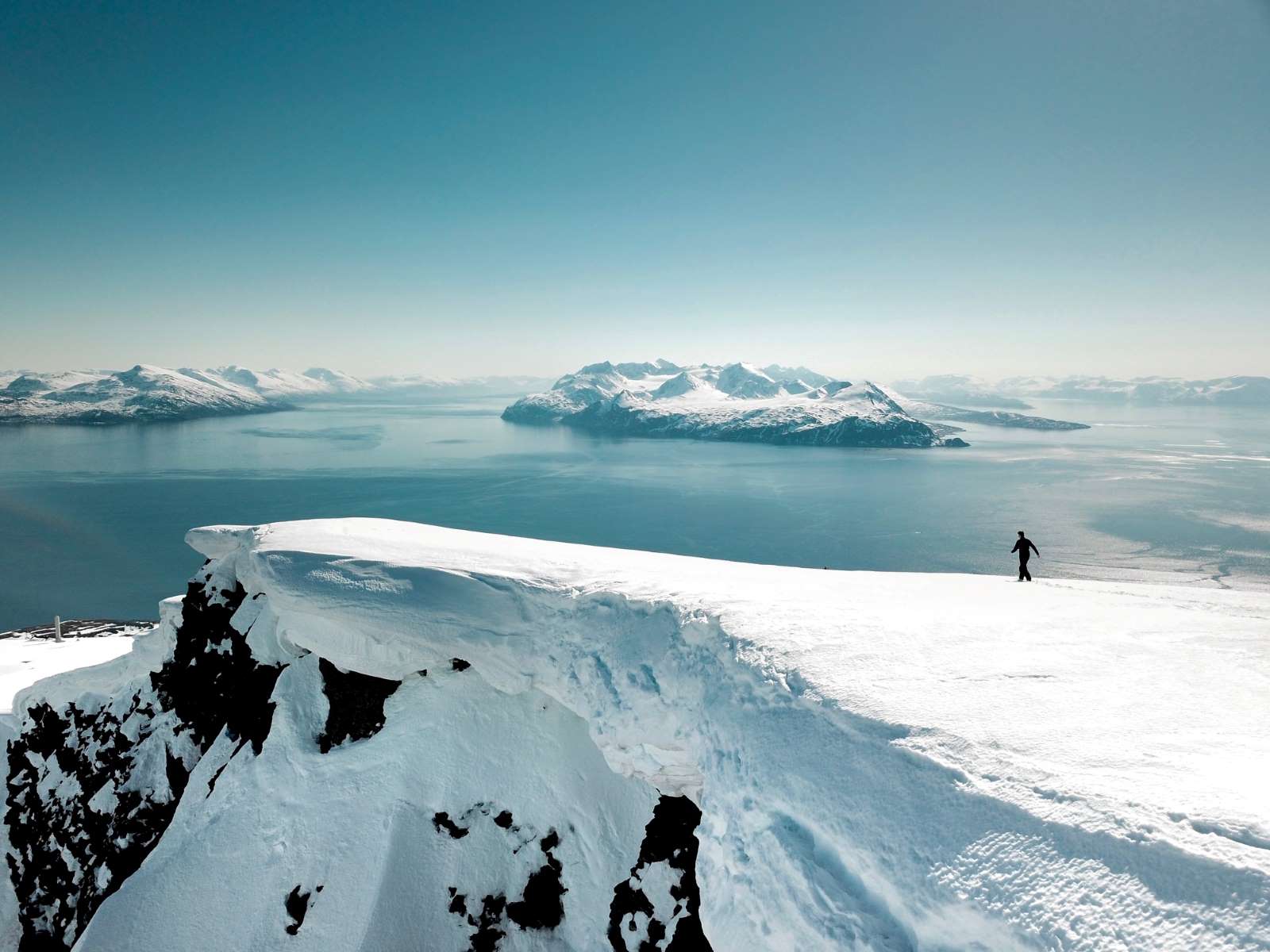 The best time of the year to visit Tromsø depends on what you want to do and see. Every season here has its own charm and a great variety of activities to offer. The winter months are perfect for experiences such as the Northern lights or a visit to the reindeers. More into hiking? Definitely be around during the summer or autumn. Below you find all the activities Tromsø has to offer you during the year!

Winter is by far the most popular season of the year in Tromsø for tourists. The winters here are from November until March. November can be a rainy and moody month, but also has the most beautiful coloured sunrises and sunsets. In December, the days get colder and can be snowy. Besides the cold, the winter days are dark! The sun disappears around the 27th of November, taking us to a long period of polar nights. During the polar nights the sun does not rise above the horizon anymore. Luckily the city centre of Tromsø is full Christmas lights and decorations, creating a cosy atmosphere! The shortest day is the 21st of December. After that, the days will become longer again until the sun comes finally back around the 15th of January.

- 27th of November - Christmas lightning of the city: when the polar night starts, the Christmas tree at the central square is lighted to bring some brightness in the dark days. The lights in the city

- New year’s eve – Mountain fireworks from fjellheisen: like in many countries over the world,  the start of the new year is celebrated with big fireworks.

- 16th of January until 22nd of January – Tromsø international film festival (TIFF): when the polar night ends, TIFF starts. It is a week full of moving pictures from the frozen land!

- 21st of January – celebration of the returning of the sun: after 1.5 month of darkness, it is celebrated that the sun is back!

- 27th of January until the 4th of February – The Northern Lights Festival: If you enjoy classical music, you should definitely check this out! This festival has kept its core in the classical music, but will also present a broad genre of musical expressions.

- 6th of February until the 12th of February – Sami week: The Sami week is an yearly festival held in connection to the Sami National Day on February the 6th. The week program is an interesting mix of various cultural happenings, such as exhibitions of Sami art, lectures and concerts!

Besides the winter months, spring also has a lot to offer! The spring in Tromsø is still cold, with an average temperature around 0 °C. The spring is the most popular for skiing, hiking and ice fishing. In March and April, the sun shines for more hours a day, but the snow and the cold are still there! The first midnight sun is at the end of May. The midnight sun is the opposite of the polar night.  During the midnight sun, the sun does not set anymore, meaning Tromsø is bathing in sunlight 24 hours of the day!

- 17th of May – The Norwegian Constitution Day: celebration of the national day of Norway.

- Around the 18th of May - Midnight sun: the long period of the midnight sun starts!

The midnight sun starts at the end of May. The sun does not set until the end of July! Days are getting warmer and the average temperature is around the 10 0 °C. The fly fishing season starts in June. During the summer, Tromsø comes to life with several music festivals like the Buktafestivalen at Telegrafbukta and Rakettnatt in the city centre. July is by far the sunniest and warmest month. In August, the days are getting shorter and darker. If you are very lucky, you may see the first Northern lights already!

- 25th of August – 26th of August– RakettNatt: a music festival in the middle of the city centre in Tromsø!

The autumns in Tromsø are very beautiful. The autumn is an ideal time to visit Tromsø since you get to do outdoor activities! It is an especially nice time of the year to go for a hike through the mountains. The trees have beautiful colours. The advantage of the autumn is that the sun is up for quite some hours, compared to the dark winter days. There are even some festivals in October! The average temperature in September is pleasant and around 10 degrees. Mid-September the hunting season starts. In October, the days will get colder and the temperature drops to 3 degrees! When it comes to Northern light hunting, these temperatures are way more pleasant than in the middle of the winter, too.

- 20th of October until the 22nd of October: Insomnia Festival: Insomnia is a festival for innovative electronic music. Here, electronic and techno culture are the biggest.

Let us introduce you to the visitors and citizens of Tromsø.
Travelling
Read
Full Story

From tourist to citizen

Miek Lubbers (25) fell in love with Tromsø as a tourist. Now she works to get even more people to discover the city.
Travelling
Read
Full Story

Christoffer gives Tromsø's visitors the dream start to their stay

The easiest way to travel.
Travelling

Best selection in your email...

Thank you! Your submission has been received!
Oops! Something went wrong while submitting the form.

*You can unsubscribe at any time, no hard feelings. 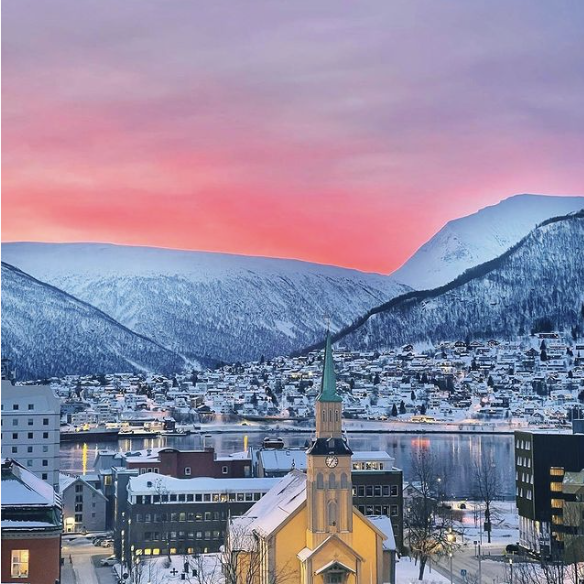 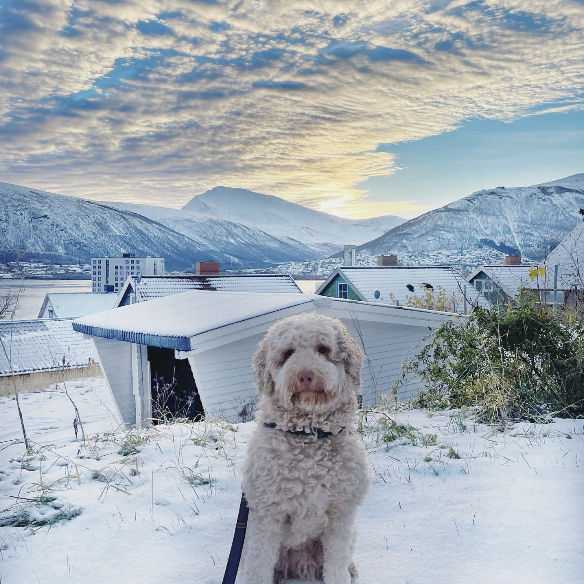 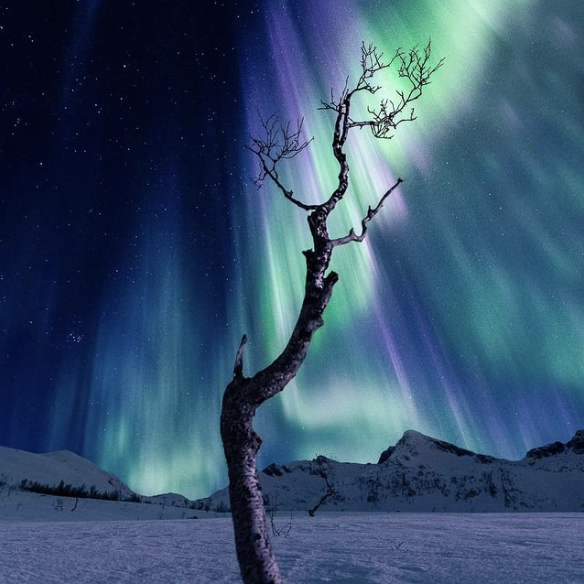 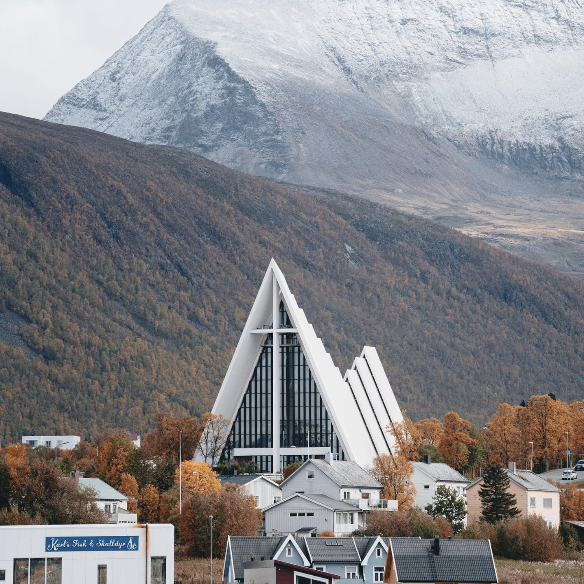 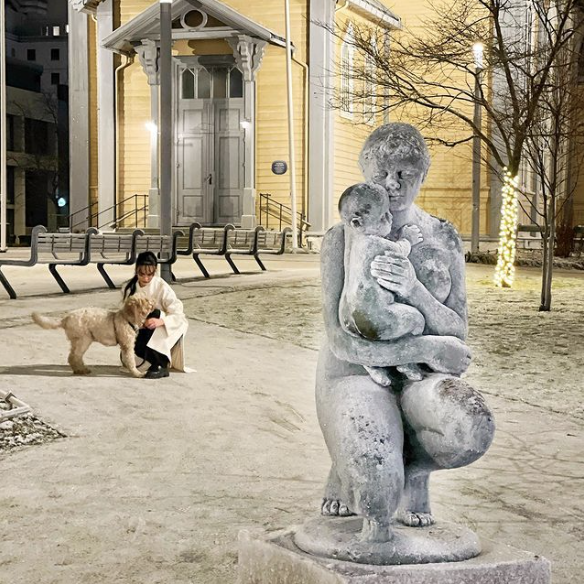